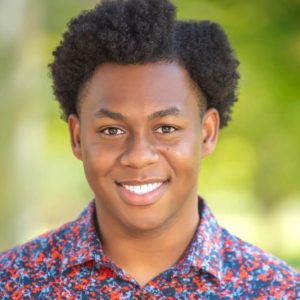 Jozeph Mykaels, is a native Coloradoan by way of Denver. Jozeph was educated in the public school system of Denver, graduating from Denver East High School in 2015. While at Denver East Jozeph’s love for the arts began to flourish as he became a member of the Speech and Debate team. As a freshman, a friend Suzette Turner who was already a junior and a member of the team saw Jozeph at registration and knowing that he needed electives, she basically told him that he would sign up for Speech. It was not long before speech became his passion, and Jozeph excelled. In 2013 Jozeph placed 10th in the Nation and in 2015 3rd in the Nation, and in 2014 2nd in the State, traveling to numerous states and performing at several universities, such as Harvard University and Western Kentucky University. Outside of speech, Jozeph has spoken at a number of engagements across the Midwest. While attending William Carey University, he played the role of Asagai in “A Raisin in the Sun”. In addition to his love for the arts, Jozeph has always made room in his life and schedule to give back to his community, by participating in many organizations, lending his talents as master of ceremonies during events, singing and acting when called upon. Jozeph’s goal is to continue to build his experience in his chosen craft, better said that craft that chose him, to fine-tune his abilities.