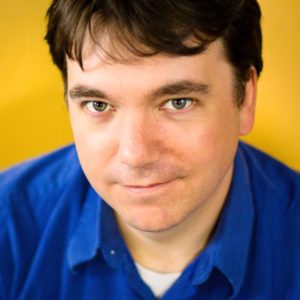 Michael Morgan (Production Manager, Ensemble Member) has been an Actor, Technical Director, and Designer throughout the Denver/Boulder area for over twenty years. He has designed and worked as the lead technician at the D.L. Parsons Theatre in Northglenn, Community College of Aurora, and Curious Theatre Company. Primarily an actor, Michael was most recently seen at BETC as Bob in “The Realistic Joneses,” and Ed in “The Curious Incident of the Dog in the Night-time.” Other credits include: Tartuffe in “Tartuffe” (Arvada Center), Edward in “10 Myths on the Proper Application of Beauty Products” (Buntport Theatre); Tim in “The Cake” and James in “Time Stands Still” (Curious Theatre Company); Bryan in “The Few” (BETC); and Midas in “Metamorphoses” and Remnar in “Escanaba in da Moonlight” (Aurora Fox). His awards include Denver Post’s 2011 Ovation Award for Best Supporting Actor as Quango Twistleton in “Homebody/Kabul” (Curious Theatre Company); Best Year For an Actor, 2018, Westword; and the 2018 True West award for his performance in Benchmark’s “The Arsonists” (directed by BETC’s Stephen Weitz).