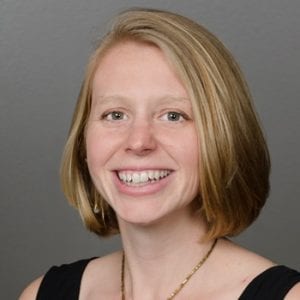 Just a few weeks left before our Season 13 rehearsals are set to begin! This season, we’ll be taking some sneak peeks behind the scenes of our upcoming productions on the BETC Blog.

Long before rehearsals begin, our designers begin production meetings, working as a team to envision the perfect pieces, key moments, and special details that will bring our productions to life on the BETC stage.

Themes of love as a game and as a sport run throughout Kate Hamill’s clever adaptation of Jane Austen’s classic novel. How are you weaving fun and games into the costumes for Pride and Prejudice?

The costumes are based in classic Regency attire, but we will add some fun details that reference games and sports into the costumes. Some items will be fairly overt. We are also planning to add some finer touches that we are referring to as “Easter Eggs” for the audience to spot. Be on the lookout for piece of board games and playing cards showing up in unexpected ways.

When you began your research, what art and artists inspired you?

This show has been a bit of its own beast, in that it is a mix of modern and classic. I have been looking at some unusual sources, including cosplay costumes and sports & game fan art, for inspiration.

The script is a sassy contemporary adaptation of a quintessential 19th-century novel. In your designs, how will you be combining something old with something new?

The costumes are primarily classic, but it is in the accessories and trim I’ll be looking to add that modern flair. If a character is wearing a bow, why not make it a exaggerated, plastic cheerleader-style bow?

Several of the actors play multiple characters, some across gender lines. What are some of the challenges you face in helping audiences keep score of who’s who?

We are largely keeping each character to one signature costume piece. That way, even if an actor only has time to grab a single piece of a character’s costume, the audience will follow along. Since a particular jacket will belong only to Mr. Bennet, as soon as the actor slips it on, the audience will know the character onstage is Mr. Bennet.

The production includes two riotous, momentous ball scenes with some creative opportunities for outstanding frippery and finery. Can you give us a hint what you’re thinking about for hats?

Because of the fast-paced nature of the comedy, part of my job is helping the audience keep track of the characters. We won’t be doing a full change for the balls, instead adding single flourishes. But we are planning for Mrs. Bennet to use these opportunities as a chance to show she is the finest feathered hen at the ball!

ALOC Media Review: Going to a Place
P&P: The Mansion of Happiness