Josh Hartwell is a BETC Ensemble member and co-leader of the BETC Writers’ Group. Represented by Abrams Artists Agency in NYC, Hartwell’s play Contrived Ending (Henry Award nominee) earned feature film and Off-Broadway contracts; The Rank and the Bloodrush was a semi-finalist for The O’Neill Festival’s New Play Conference and second place winner at Bottletree’s play competition in Ontario; 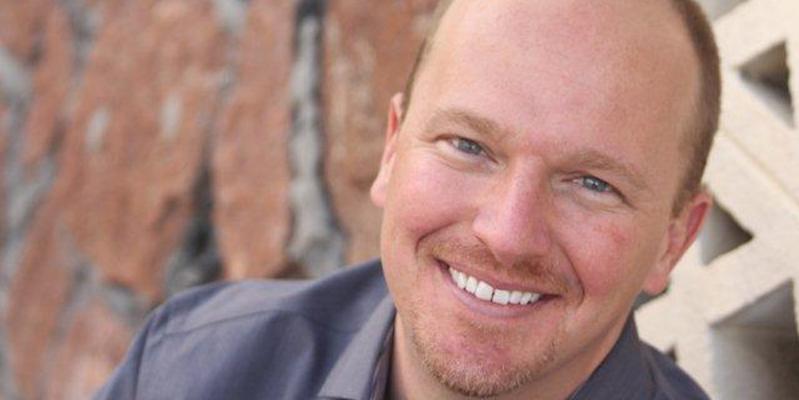 and A Different Client has been produced in Auckland, Sydney, Melbourne, and Buffalo.  His play Dylan Went Electric was produced at Miner’s Alley in Golden in 2014, and his most recent play Queen of Conspiracy just closed at Miner’s Alley in June 2019. His new play countenance will be read 7/8 as part of BETC’s Summer Reading Series.

Tell us a little about yourself. What’s your backstory as a playwright?

I was at a Play Writing Intensive at the Kennedy Center a few weeks ago and Gary Garrison asked us each how many years we’ve considered ourselves serious playwrights.  My answer was 21 years.  For a while I only wrote plays for my own enjoyment and I rarely showed them to anyone.  Jim Hunt changed that.  We would meet at Pablo’s once a week and read each other’s writings.  My first full length play, Reaching for Comfort, was produced at Theatre on Broadway (directed by Hunt) in 2003.  Then in 2006, I got a big break when Bob Bows gave my play Contrived Ending a rave review in Variety.  Abrams Artists Agency in New York contacted me and signed me, then Starry Night Entertainment bought the rights and hired me to write the screenplay for Contrived Ending, which was my first sizeable contract.  I’ve written five of the full-length Denver Stories for Curious Theatre Company, co-wrote with the Buntport education team on tRUNks and Duck Duck Dupe for years, collaborated with The Colorado Chamber Players on three plays, and finished twelve of my own full- length plays.  I tongue-in-cheekingly call myself “The Rock and Roll Playwright,” because most of my plays have something to do in some way with one or more “classic rock” artists or bands.

You’re a huge lover of the horror genre. How has your fandom knowledge served your process so far while working on countenance?

I teach play writing, and one of the things I tell students is the cliché, write what you know.  And then I thought, well, I know horror movies.  Especially 80s slasher films.  I have had this sentimental and now nostalgic appreciation for Friday the 13th movies (not al of them) since I was about 11.  Why would I not try to incorporate that passion into one of my plays?  Then the story of countenance came to me in bits.  It was maybe my easiest play to research because I already knew a lot of what I was putting into it.  But it was difficult to “finish” (my plays are never finished), maybe because I felt too close to it.  The play is also about social anxiety, which I experience on a regular basis.

You’ve had new plays produced at multiple companies, and been through play development processes around the country. What’s your favorite part of moving a script from inside your mind to the stage?

Collaboration. I’m a very lone writer.  I used to be much better at sharing as I write. This is one of the reasons I was so jazzed about the BETC Writers’ Group.  But when it comes to development processes, I love collaboration.  I have never been the kind of writer who asks actors “what do you think your character would say here?” But hearing talented actors say my words always helps move the scripts along.  Working with dramaturges and directors who ask questions and especially different questions–that’s all exhilarating and sometimes the very reason that my plays get “finished” (my plays are never finished).

In a world where Netflix and Amazon Prime are a click away as we sit on our couches, why do you still write for the theatre?

I write for theatre because this is my world and theatre people are my tribe.  I read a lot of plays.  We go see as much theatre as we can. I have never felt a part of any community except the theatre community, and particularly the Colorado theatre community. Having said that, if Bob Netflix called and wanted to hire me to write a series, I would be happy to make some money for a while.