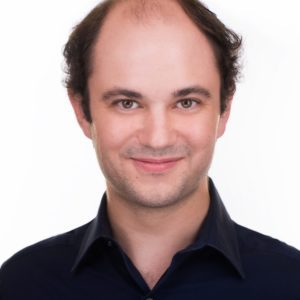 Ben Hilzer is thrilled to be making his BETC debut in this wonderful original musical alongside such brilliant collaborators. He has worked with the Denver Center, Arvada Center, Miners Alley Playhouse, CO Springs FAC, THEATREWORKS, Aurora Fox, Littleton Town Hall, and even in Ohio at the Cincinnati Playhouse in the Park. Recently, Ben performed in “The Noteworthy Life of Howard Barnes” with BDT Stage, “R&H’s Cinderella” with the FAC, and as the Cowardly Lion in “The Wizard of Oz” at the Parker PACE Center. Currently, Ben can be seen in Miners Alley’s “The Princess at the Pea” and will be seen in Miners’ fall production of “HAIR” as Woof. For his work as Mr. Wormwood in “Matilda” and as Grendel in “Beowulf”, Ben was nominated for a CTG Henry Award. Additionally, Ben has played in rock bands since high school and is thrilled to be performing in his first actor-musician production. You can hear his music on Spotify under “Becoming Brothers.” Ben sends all of his love to Caitlin, Mom, Dad, AJ, and Molly.