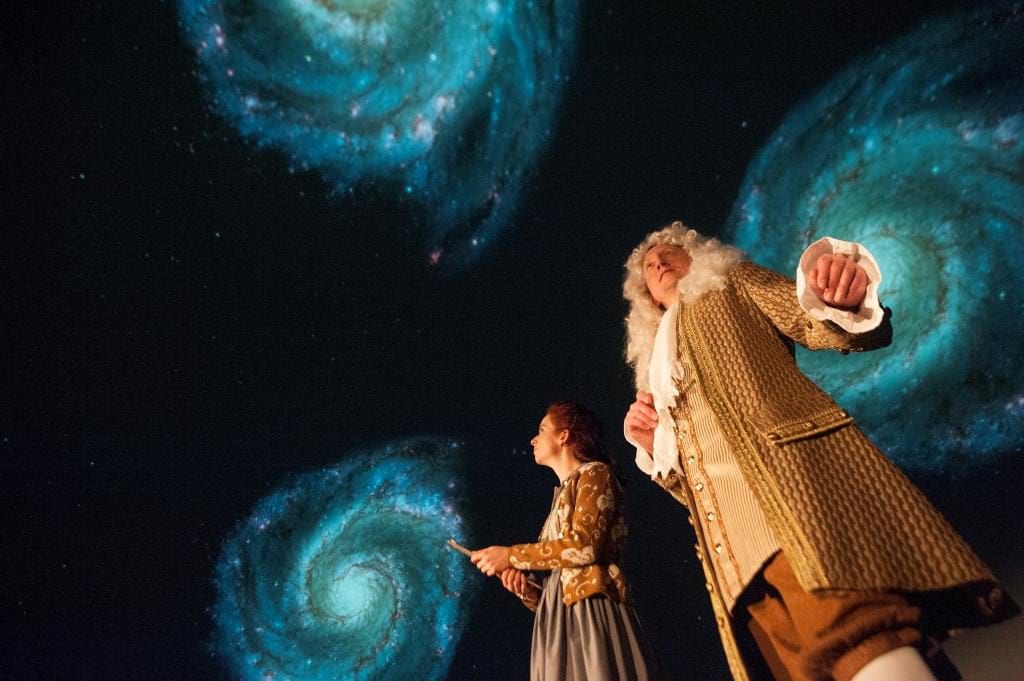 The Boulder Ensemble Theatre Company’s 10th season offered little in the way of predictability. The troupe’s slate of six plays for the 2015-16 lineup varied not only in theme and content but also in setting and locale.

Due in part to the massive construction project still in progress at BETC’s official home, the Dairy Arts Center, the company had to improvise when it came to finding stages for its milestone season. The company’s production of Cyrano just wrapped up at the Lone Tree Arts Center; the troupe staged the taut drama Ideation in the cozy confines of Boulder boardrooms; and Vera Rubin: Bringing Dark to Light played in the majestic setting of the Fiske Planetarium.

Happily, necessity proved to be the mother of invention and innovation for the company in this case, as a new set of stages allowed the troupe the chance to stretch its creative wings. Even so, longtime members of the ensemble will be happy to return home in the fall.

“We weren’t able necessarily to celebrate our 10th season in the style we would’ve done otherwise,” said producing ensemble director and founding member Stephen Weitz. “We’re looking at the 11th season as our celebratory anniversary year kicking off our second decade.”

The upcoming season, announced this week and set to kick off in September, is an ambitious collection of new work. The slate of six plays features four regional premieres and one world premiere; titles range from solo interpretations of ancient epics to ensemble spins on heartfelt comedies. From the world premiere of Full Code — a psychological drama by David Valdes Greenwood workshopped in Boulder as part of BETC’s Generations play competition — to the regional premiere of Every Christmas Story Ever Told (and then some), a new entry in the holiday comedy genre, the season offers a sense of risk and adventure.

But that type of range is nothing new for the company, which has long made a point of premiering new work and pushing the creative envelope. The most significant step for the upcoming season will come in the new possibilities afforded by the redesigned Dairy. Shows will run in the newly expanded Grace Gamm Drama Theater, a 116-seat venue that will offer new capabilities in terms of light, sound and effects.

“We really wanted to capitalize on our first three or four months at the renovated Dairy. The important thing for us is to get back to our core audience, to show them that this is our home and this is where we are. For this season, we wanted to make a real commitment to getting that building open with a bang,” Weitz said. “Technically, there’s going to be a whole new lighting rig that will let us enhance our lighting design. There will be new sound tools and a new projector. We’ll have new opportunities.”

The season will kick off with “Ripcord,” a regional premiere by David Lindsay-Abaire that delves into a comic conflict at an assisted living facility when one resident is forced to accept a roommate.

“Full Code” follows, and focuses on a comatose character struggling to navigate memories, perception and reality as he works to return to the waking world.

While the troupe will return to the Denver Center for the Performing Arts to stage David Sedaris’ contemporary holiday classic “SantaLand Diaries” for the eighth time, BETC will bring holiday cheer to the Dairy with the the regional premiere of “Every Christmas Story,” a comedy by Michael Carleton, Jim FitzGerald and John K. Alvarez.

The season will wrap up with the regional premieres of “An Iliad,” by Lisa Peterson and Denis O’Hare, in February 2017, and “Silent Sky” by Lauren Gunderson in April. “An Iliad” is a solo take on Homer’s ancient epic poem, while “Silent Sky” follows the discoveries of a Harvard astronomer named Henrietta Swan Leavitt as she seeks to wrest meaning from the stars.

The roster offers plenty in the way of technical and dramatic challenges, as the ensemble will look to summon everything from the depths of the human psyche to the hallways of an assisted living facility on the Dairy stage.

That’s also part of the fun.

“Every single show is grand in at least some respect, whether it’s ‘Ripcord’ or ‘An Iliad,'” said Rebecca Remaly, managing director and founding member of BETC. “It’s a great opportunity for us to be able to discover and show technically what this new space can do and what we can do.”

ColoradoDrama.com Review: Cyrano
Ripcord: “A barrel of laughs and then some”