By Joanne Ostrow (Read the original) 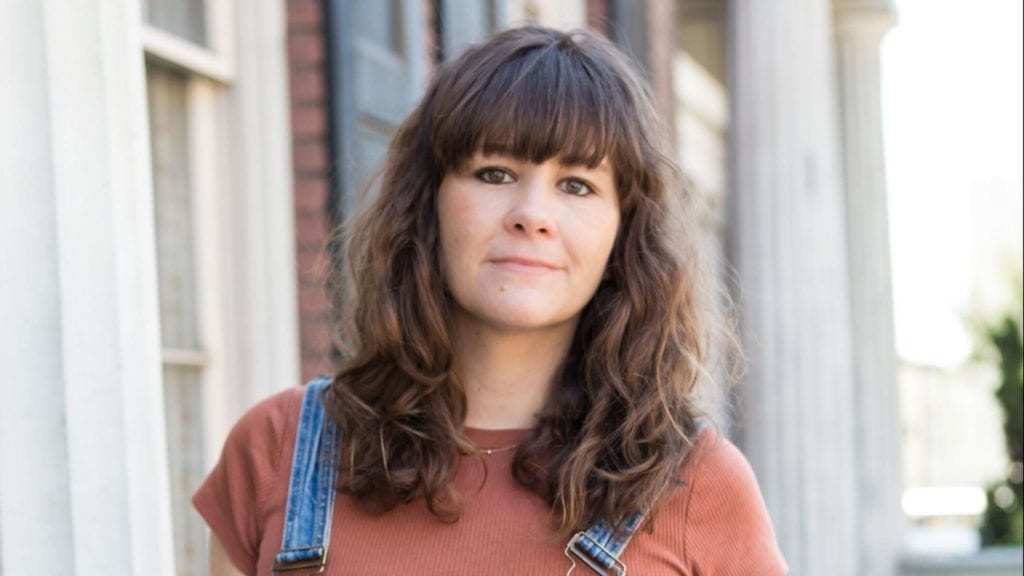 Bekah Brunstetter, an award-winning playwright and writer-producer of the hit TV drama This Is Us, is an outlier in the worlds of theater and Hollywood as a woman of faith.

“It’s weird to believe in God in the industry I’m in,” Brunstetter said by phone from Los Angeles. “I try to do it honestly.”

Her 2016 play, Going to a Place Where You Already Are, at the Boulder Ensemble Theatre Company from April 14 to May 6, concerns concepts of the afterlife.

Brunstetter, 35, originally from Winston-Salem, N.C., is known for weaving humor into her plays on serious topics, including religion.

“I knew I wanted to write a play about heaven, because whenever there’s a new book out about heaven my mother sends it to me. I have an insane collection of heaven books.” Her mother put a note in one suggesting she write a play on the subject.

“All I knew is I couldn’t not believe in heaven,” she said. “I was having trouble letting go of the idea of it.” While nearly all of the books in her collection concerned Christians, “I wanted to write about this happening to an atheist and what that journey would be.”

She began a “beautiful and awkward” series of conversations with her father’s atheist parents, about how they felt about dying. By the time she finished, a year later, they had both died of rather sudden illnesses. “I was able to get close and have these weird conversations with them before they went. It was kind of nuts.”

The play is neither for nor against, but contemplates the possibility of heaven. It’s clear Brunstetter’s Southern Baptist roots hold on. “I go to church sometimes, and I pray every time I’m on an airplane. I don’t not believe. That might be true for the rest of my life.”

Fully half of her plays deal with matters of faith. “I’m working on a musical now about a young Mary Magdalene falling in love with a teenage Jesus.” That one is an R&B musical co-written by Cinco Paul, a writer of the Despicable Me series. It was his idea, she said.

Her TV writing credits include Underemployed on MTV, Switched at Birth on ABC Family, and American Gods on Starz — the latter, based on the fantasy novel by Neil Gaiman, also concerning religion.

Much of her work draws on personal experience. In the first season of This Is Us, she told a story in the writers’ room about being an overweight girl and getting a mean note from classmates in grade school saying she couldn’t sit with them. “I was a chubby kid well into college,” she said. “Everyone thought (the story) was so sad. It ended up in the episode.”

Of course it did, as millions of viewers know. (The tear-jerking power of This Is Us is so famous, NBC gave the writers Kleenex boxes emblazoned with This Is Us.)

Despite the series’ reputation for sentimentality — and even male weepiness — Brunstetter said the goal is not to manipulate or over-indulge. “We try to pull back, walk on the edge. It should be about storytelling.”

To keep track of the era-shifting story, a timeline is posted high on the walls around the writers room, noting “Jack born,” “Rebecca born,” and so on, through the present. While every writer pitches stories for every character, Brunstetter said she does speak up more about Kate, who struggles with her weight.

“Writing in all the different time periods is very theatrical. That’s one of my favorite aspects of it, with potentially some new time periods to be introduced this season.” (No spoilers beyond that, she said.)

Another of Brunstetter’s plays — her most produced work so far — will arrive locally this fall: Curious Theatre recently announced it has scheduled The Cake, inspired by the Colorado Masterpiece Cakeshop case currently before the Supreme Court. Brunstetter has been writing and workshopping the play about religious views in conflict with same-sex marriage for several years. Clearly, it’s a hot-button topic again.

Weitz believes Going to a Place, the final play of BETC’s 12th season, fits the company’s aim since the election of Donald Trump: “As 2016 unfolded, a lot of artists had to take a look at the landscape and say, ‘What do we want our role to be?’ Whether a more strident one, picking a side and running with it … there are a lot of options. We really wanted BETC to be a home for empathy.”

Rather than stand in protest, BETC is choosing to engage on divisive issues.

“Boulder is a very liberal, secular place,” Weitz said. “To do a play about an end-of-life conversation, where one of them is thinking about the afterlife, is the kind of work we want to do.

“It’s easy for us in our bubbles. In Denver and Boulder and Colorado generally, we don’t necessarily get challenged by these ideas. Theater has the power to do that, potentially in a better way than any other art form.”