The BETC Blog welcomes Silent Sky director Kate Folkins as this week’s guest. The creative team is just about to begin technical rehearsals, so we’ve got a busy week ahead! Still, Kate found a few minutes to reflect on getting to know this play in her own rehearsal preparations, as we get ready to share our production with you:

When the idea for this post was first born, we were weeks from beginning rehearsals, and I was deeply entrenched in researching the play.  I intended to write about the duality and symbiotic relationship between science and religion, between math and art. 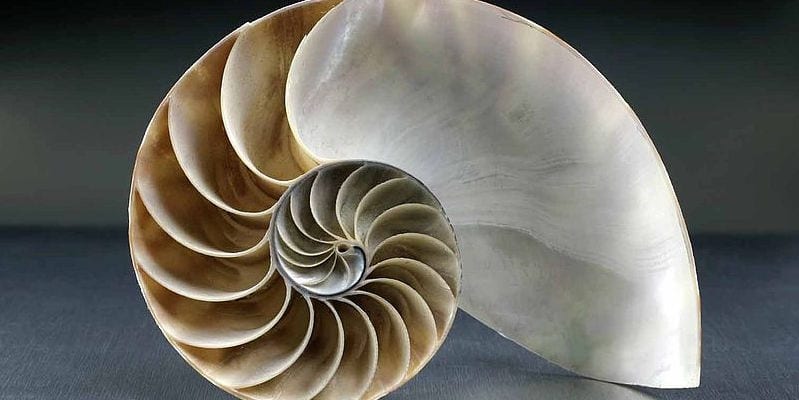 This cutaway of a Nautilus shell shows its chambers arranged in an approximately logarithmic spiral. Jacob Bernoulli gave this shape the name Spira mirabilis  (“miraculous” or “marvelous spiral”) because as the size of the spiral increases, the shape is unchanged with each successive curve. Besides shells on the beach, this pattern occurs in nature as hawks circle their prey, and in the shape of the arms of spiral galaxies. It’s a beautiful pattern, one that can awe us even if we don’t know the math for describing it. 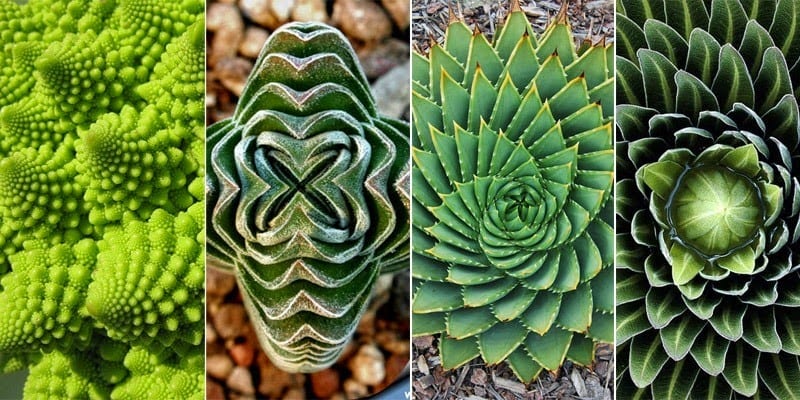 Plant growth is governed by the Fibonacci sequence, which can be understood as a law of accumulation. The sequence is created by adding one number to the one before it to find the next in the sequence, beginning with 0 and 1:

In effect, the sequence describes how things grow, building and multiplying according to what’s already there. This growth by accumulation is reflected in how trees branch, flowers form, and ferns unfurl. Another marvelous pattern that we can observe over and over again in nature, if we look closely enough.

Over the past 20 years, I’ve found myself drawn to plays that incorporate science and art, that illuminate the relationship that these approaches hold to one another.  As Silent Sky‘s playwright Lauren Gunderson says in a lecture on the science of storytelling, “Science and Art… share a catalyst, a seed, a source, they share that ‘wow.’”

Today, as I put pen to paper, there’s a different duality on my mind. The Silent Sky cast, crew and design team have moved into the Dairy Center’s Grace Gamm Theater, we’ve been rehearsing for weeks, we’re ten days from opening, and things are taking gorgeous shape.  Which means that we’re also spending a lot of time at the theater and a lot less time focusing on other work, our friends, and our families.  As a production moves towards opening, this becomes more and more true – but for those of us who are drawn to this work, it’s also one of the most bracing and invigorating times in the process.  Everyone involved has been working on this production, in one way or another, for more than 6 months. Finally, next week, we’ll get to integrate scenery, lighting, projections, costumes, props, sound and actors with you, the audience, our final collaborator.

As a new mother, I am also keenly aware of what we’re leaving at home.  My daughter now reaches for her dad when something is wrong instead of me.  He puts her to bed most nights.  I struggle with feelings of isolation and disconnectedness from friends, and my partner and I are ships passing in the night, leaving notes and texts for one another to make sure we know who’s picking up bananas from the store on the way home.  And I know that I’m far from the only person battling this search for balance – it only takes a quick internet search to find articles with titles like, “Rethinking the Work-Life Balance” (NY Times),“6 Tips on How to Have a Career, Be a Mother, and Not Lose your Mind” (Huffington Post),  and “Why You Need to Love your Job” (Forbes Magazine).

The characters in Silent Sky are faced with the same dilemma: how to find fullness and meaning in a world where there is equal passion for work, family, and love.  Henrietta Leavitt finds herself  constantly at a tipping point, ever trying to maintain the balance between the work that she is passionately pursuing and the relationships that require her attention.

Silent Sky deals primarily in this duality, that more than one thing can be true: that a romantic love can transcend physical proximity, that a body can break down while a spirit takes flight, that an ever expanding world through science doesn’t necessitate the abandonment of faith, and that passionate, all-encompassing work can happen within the walls of our home and our family if we only “think about how we’re thinking.”    In a modern world that most often deals in black and white, in “this or that,” it can be complicated to open our minds to “both things can be true.”  Science and faith are often complimentary to one another.  Art and Math are constant companions: just look at a fern or a nautilus shell.  One can both love and dedicate yourself to your children and the pursuit of work.  It’s in trying to extricate these things from one another that we create dissent and that we upset balance.

Listen to This: The Sounds of Silent Sky
Denver Post Review: Silent Sky