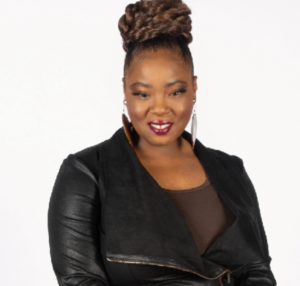 Kenya Mahogany Fashaw (Writers Group) is the Co-Founder and Chief Creative Officer of 5280 Artist Co-Op. Kenya is a spoken word artist, actress, and playwright. She was a member of 2012 Denver Slam Nuba’s (“we cut heads”) slam team. She was also a recipient of the Denver Center of Performing Arts’ Playwrights Group. She has written and directed Colorism, Breaking The Chains of Complexion produced by 5280 Artist Co-Op in 2015, and has won a Henry Award for “Best New Play” in 2018. She was also nominated for another Henry Award for “1 Night 6 Plays,” produced by 5280 Artist Co-Op in 2019, which included two of her micro scripts, “Hiphop Matrimony: A Hiphop Musical” and “Cages: No More Boundage.” Kenya was honored as a Colorado Creative in Westword in February 2020. Kenya creates stories to normalize people of color and to change their narratives.