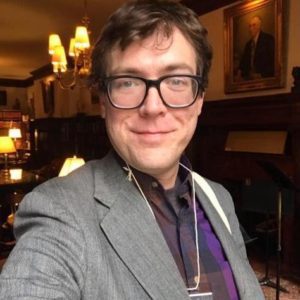 Richie Cannaday is an Associate Member of Bloomsburg Theatre Ensemble (BTE) in Bloomsburg, PA, where he spent 14 years as a resident ensemble artist with a focus on family programming. His school-touring adaptation of A Midsummer Night’s Dream was a 2015 recipient of the Shakespeare in American Communities Award. Richie is the founder of the drama program inside North Central Secure Treatment Unit in Danville, PA, and was the lead instructor at BTE’s Play Creation Boot Camp. He is a current MFA student at The Playwrights Lab at Hollins University in Roanoke, VA where his play The Dragon Butcher was featured in the 2021 Summer Festival of New Works. He lives in Roanoke with his wife, Syreeta, and their three kids.