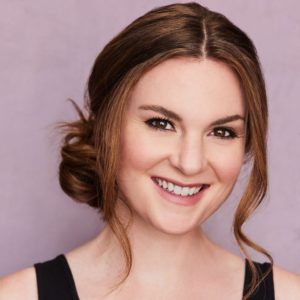 Anastasia Davidson (Ensemble Member) moved to Colorado in 2016 after receiving her MFA in Acting from The Pennsylvania State University. Since then, she has appeared in BETC’s productions of Fourteen Funerals, The Curious Incident of the Dog in the Night-Time, Pride and Prejudice, Going to a Place Where You Already Are, and Silent Sky. Anastasia has performed at many additional theatres across the Front Range, including The Arvada Center, Denver Center for Performing Arts, The Catamounts, The Colorado Shakespeare Festival, Curious Theatre Company, Miners Alley Playhouse, and more. Anastasia wrapped shooting the feature film “Publish or Perish” earlier this year, and her voiceover and motion capture work can be seen in the graphic adventure video game series “Life is Strange.” She is honored to be a BETC ensemble member.