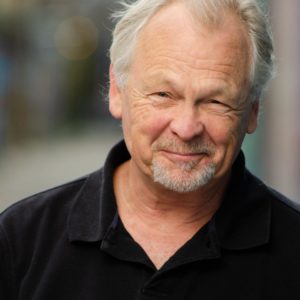 John Ashton (Writers Group) has spent most of his adult life writing, often earning a living doing it. He wrote his first produced play when he was 19—a modern-day take-off on “Cinderella”—for the Westchester Playhouse in Scarsdale, NY. John’s first (freelance) job included writing sermons for Denver Archbishop James V. Casey. In 1971 he joined The Denver Post as a copyboy and was made a reporter a few months later. For the next twenty years, he wrote articles and reviews for the Rocky Mountain News and then Westword. In the mid-‘80s, he co-authored the comedy murder-mystery “Murder Most Fowl,” which ran for five years, mostly at the Avenue Theater in Denver. Since then he has written at least eight more comedy murder mysteries, produced and/or presented by the Arvada Center, the Denver Museum of Nature and Science, several corporations, and by himself. His play, “Before You Go,” a “raucous family comedy-drama,” had its world premiere in August 2021 at Miners Alley Playhouse in Golden. John is a proud member of the BETC Writers Group, and owes much of the improvements of his most recent work, “The Bones of Tennessee,” to questions and insights provided during Writers’ Group meetings. John is also a proud recipient of the Colorado Theater Guild Lifetime Achievement Award.